FYI: My picture was with Jason Momoa. 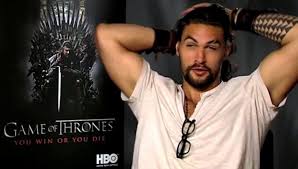 I remember when this movie first came out, and even though it never boasted to be anything more than a summer super hero movie, I loved it. The fight scenes and Easter eggs and little one liners in all. This being said, I just recently re-watched it and was surprised at everything I hated about it. There are some possible reasons for this change of heart.

Firstly, I never liked Toby Maguire as Spiderman. He is far too self-deprecating and lacks a certain wit that the Spiderman I knew from the comics always had. In addition Andrew Garfield, is a far better (looking and acting) Spiderman.

Second, I know I shouldn’t gripe about the graphics, since the technology was not as advanced as it is now and that will always be the case when comparing new movies to old movies, however with this in mind I must say that the fighting sequences in Spiderman 2 are so subpar. Doc Ock is a regular man with mechanical appendages, so when he gets hit with a banker desk and his mechanical friends are all splayed out, he should have some marks, a broken bone, or any indication that he was just hit by a desk and sent through a glass door into a taxi.

Thirdly and most important, I did not realize when first watching this movie how many women were hired purely for their ability to look terrified and scream. There are at least 7 too many women whose sole purpose is to indicate that there is a big scary thing in the area. I haven’t run into the street while a giant mechanical maniac is throwing cars everywhere, but I am pretty sure my reaction would not be to stand in the middle of the street screaming and being completely useless. But who cares… since women are obviously the weaker of the two sexes.